Hey Everybody!!  My new CD is finally done!!!  It was loads of work, and it took a while, but it's out now and I'm really excited about how it sounds.

We'll be hosting the CD Release party on the 15th November 2012 at the Saloon, several of the people that performed on the CD will be there too, so it'll be an awesome party!

I've had a very limited production run, so reserve and buy your CD's now before they're all gone.

'Wild Ride' has been so much fun to record, and as I've been told, some of the best work I've done so far.

I can't tell you enough how much I appreciate your love and support you've all shown me over the years.

Have a Great & Wonderful Day!  I hope to see you all at the CD Release Party on the 15th November 2012 at the Saloon!

Here's a sneak-peek at the New "Wild Ride" CD Artwork coming out this October.  Everything is coming together well, so the "Wild Ride" Release Party announcement will be posted here soon!  Enjoy! 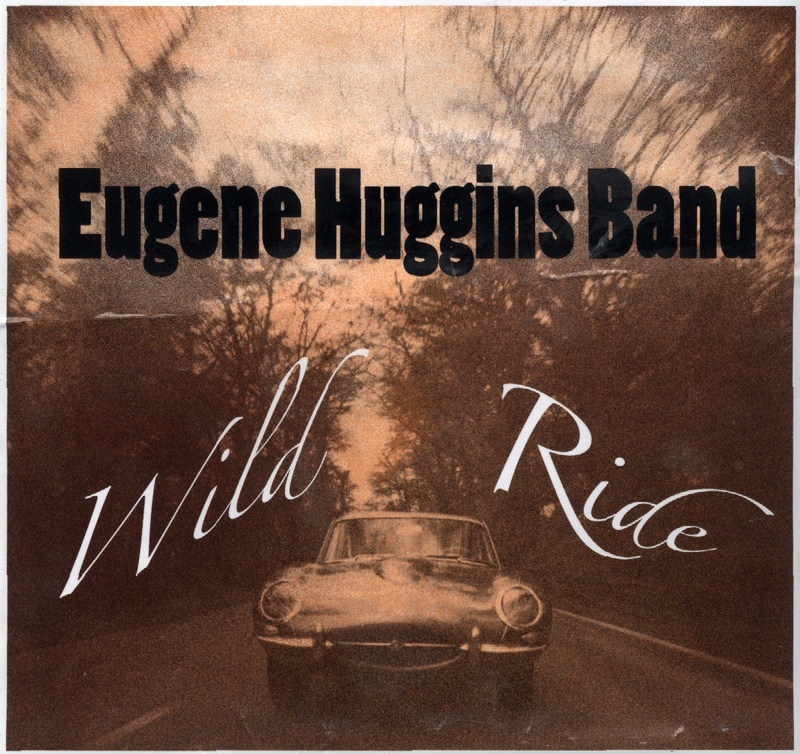 Living with the Blues

Greetings everyone! If you have tried to contact me in the last month or so, and I didn’t respond right away, it’s because I’ve been grieving the loss of my Mother on Tuesday April 13th, 2010 and although it’s been almost two months now, I am just beginning to accept it.

Of all the women I’ve lost in my life, this is the one that really broke my heart. My Mom was originally a Canadian Citizen from Edmonton, Alberta, and was a singer in the USO at the time. She went to see Duke Ellington in Canada, and became friends with Duke, and his drummer, Sonny Greer. She practically got ran out of town because she had dinner with Sonny and the Band.

At a later date, when she was in the States, Duke invited her to sit in with the band, singing. My Mother taught me what real love is, and what it really means as she always put my sister’s, and my happiness, before her own.

My CD, “Troubled Times”, I’ve recorded with Chris Goddard has a hidden track at the end of a Test Demonstration Record my Mom made in New York City in 1940 singing accapella.

Today I got news that one of my dearest and best friends, Mitch Faber, passed away this last Tuesday. Mitch was a big part of my life, and despite our ups-and-downs, I loved him dearly.

I was in my first band with Mitch, as well as many others over the years. Mitch was the founder of “The Casuals”, and was a great guitarist, with his own distinct style.

I have many memories of playing High School parties, and Jamming at his flat on the corner of Height and Ashbury in San Francisco.

Mitch had a wicked sense of humor, and a sharp mind, one of the most intelligent people I know, and I will miss him dearly.

My sister Christina, trying to comfort me, said that it’s part of the circle of life, and to remember that he’s not in pain anymore.

So life goes on, and I keep on playing the Blues.

Hello everybody, for thirty years people have been giving me pictures and I’ve been coming home, and throwing them in a drawer.

Looking at my website, and all these pictures, is a little overwhelming. I’ve never wanted to be a name-dropper, and I’ve always wanted to stay humble; but this is my life that you’re looking at. I figure that it’s better to have these pictures up than have them sitting in a drawer. Looking at my website, reminds me of all the mistakes I’ve made and opportunities I’ve blown. But there are also memories that I wouldn’t trade for anything. I’d like to thank my friend, Al Crabtree for making my site, without him it never would have happened. I hope you enjoy, best wishes, Eugene Huggins

My music is now available for playback on the Music & Videos page on my site now, so feel free to check them out.  New titles will be added as everything gets digitized into the computer, and uploaded to the site.  Thank you for your interest & support.

Welcome to Eugene Huggins' eBlues WebSite!  I'll be featuring my CD's on this site, making them available for purchase, and/or download, as well as the liner-notes for each of them, and posting a large Photo Gallery too.

I will be loading up some music to listen to when the page loads, as I'm getting my new studio rockin!

Start a Free Blog at Webs.com